Today I am sharing a personal childhood memory. I’m doing this because it is very vivid, since I have experienced the same through Theo and other children at the daycare center.

Lets go back to Mexico in the 1980s.
Kindergarten. A very beautiful blue building, two actually, surrounding a big playground which had two carrousels, animals you could climb, lots of slides, rings, even a pool. Dreamland. Lots of children who were very happy. And I remember the fence. That metal fence where mama would walk out and sit in the car for hours peeking if I was ok. I don’t remember much of inside of the buildings because I was probably very rarely there. I cried all the time. I didn’t want to go there. I wanted mami. I cried so much, teachers couldn’t take care of me while holding the group. So a very kind lady, the cleaning lady, would spend the mornings holding me and riding the carrousel. I remember her kindness, her compassion, and I don’t remember any of the other teachers, nor much other than that putter playground.
The kindergarten itself was very posh and on the edge of new technologies. That was on the early 80s. I do remember the English classroom. It was on the farther building, on the first floor. There were these big headphones hanging from the ceiling, ones over each chair, and children would put those and listen to (a tape?) the English lessons. It was scary to say the least. But it was high end technology.
Back to the playground. The carrousel. The kind cleaning lady. My sadness, I missed my mami. And she was heartbroken herself she left me there. And I was not a small child, I must have been 4 or 5 years old.
I must say though that my mother was the most caring and loving person I could have asked for. She never left us alone. She was practicing mostly attachment parenting without that term even existing back then. She left her professional life, her whole career behind to stay home with us kids. No blame or guilt intended here whatsoever.

Fast forward to 2013, and my feelings come alive when we are trying out a daycare center with Theo. I stayed with him all morning (we were there for two hours actually), and all this time a little boy, about 2.5 years old, was crying for his mommy. My heart went out to him. Of course, the care takers were in a hard situation, having to deal with him and at the same time take care of all children. And having parents around. The poor boy kept crying until we left, and we left early mostly because my nervous system was so tired from hearing that boy cry. We came home and I slept so deep rejuvenating sleep I needed to heal that inside me.
All te time I felt like reaching out for that boy. Of course he didn’t want that, he wanted mommy. (And I didn’t try, who knows who might feel I’m exceeding the boundaries by hugging a boy). He was clinging into one caretaker, but mostly she was urging him to play or ignoring his cries. And all the other children were looking at him now and then. It was pretty intense.
As a mother, maybe I am too sensitive. Because of how I am, probably influenced also by the fact that I lost my first child. I am extremely compassionate and in any situation I feel the impulse to reach out to those in need.
So I was holding myself today. It was, after all, not my issue. But I did reflect on the fact of how that whole situation is affecting the psyche of that child, the other children, the caretakers and all. It felt to me that that boy, same as me 30 years ago, was not ready to take that step. At the same time, my heart goes to the mother, who was probably in a situation that had to put her child there. And to the caretakers, in such a difficult task.
I do believe strongly that I can express all what I feel. I felt that child’s feelings being neglected, everybody pretending he was not in a deep state of grief. And I don’t want my child to learn such rudeness. Also a little more love from the caretakers could have changed the whole situation. Of a lot more love, which was what the boy needed. A group hug, having all the other children acknowledge what was going on instead of ignoring it, having all children sing to him so he could heal. I thought of making those suggestions but felt it was not my place, as I’m an observer. (Probably I should have). I feel we need a lot more kindness, understanding, reaching out to others in this world. Love, treating others as they are worth, as respected human beings, evermore when they are desperately crying it out for help. They communicate, but we ignore it. They learn that speaking out is useless. So they submit, learn to ignore their emotions, dig them down deep and keep them for themselves. And yes, at some point that child will give up his cries, and prove that we won the battle, but aren’t we the ones who must give up our ideas of how a child must behave? Of how much love or kindness he needs? Aren’t we te ones who are not understanding the signals, when he uses all his might to communicate as a complete human being worth of being listened to? Aren’t we the ones who should stop pretending to ignore and deal creatively and lovingly with every challenging situation?
Instead of telling him “don’t cry, mama will come” (and him waiting for mama for one second, and asking again- *small children don’t have the sense if time as adults do), showing him lovingly “yes, mama is not here, it is very sad, but we are all here for you!”. Maybe it doesn’t work and I’m just stupid, but trying it (for 100 times, not less) doesn’t hurt anyone. In fact it may teach the other children to reach out. And make the day lighter and brighter for everyone.

At the end I listened to my intuition (after all, I am teaching about intuition right!) and have had such a wonderful time together with Theo with no need of daycare or playrooms. At this age, what a child most needs is attention from the close circle (mother and father) and yes, occasionally a babysitter or another playmate who has a fully loaded battery. (That is, beside other kids of course)

Blessings and kindness to every soul,
Sukhdev Kaur

40-day Seva at the Ashram 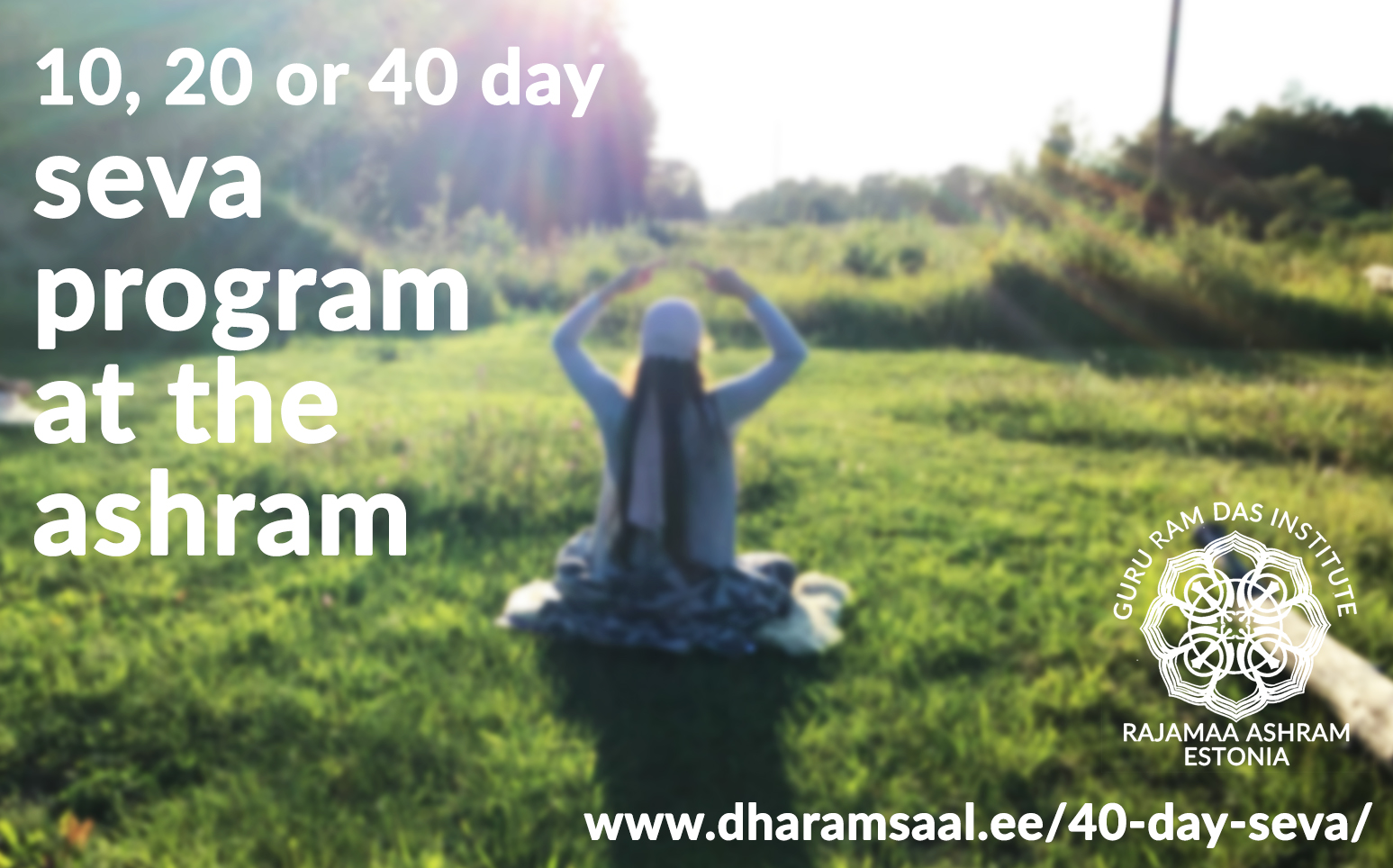 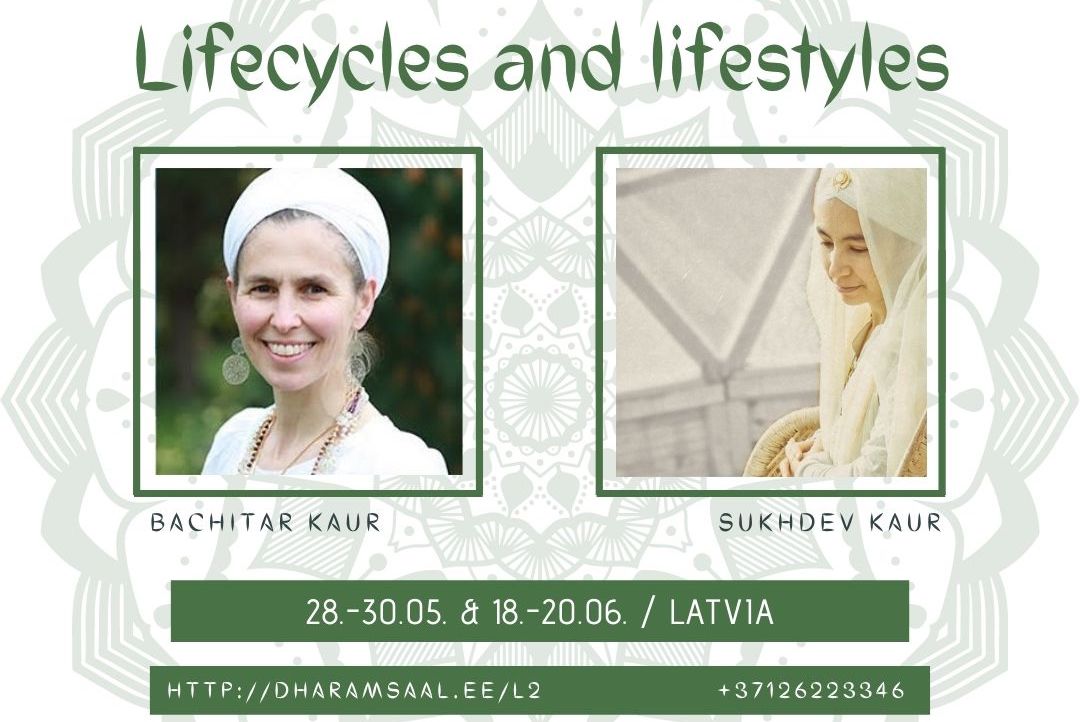 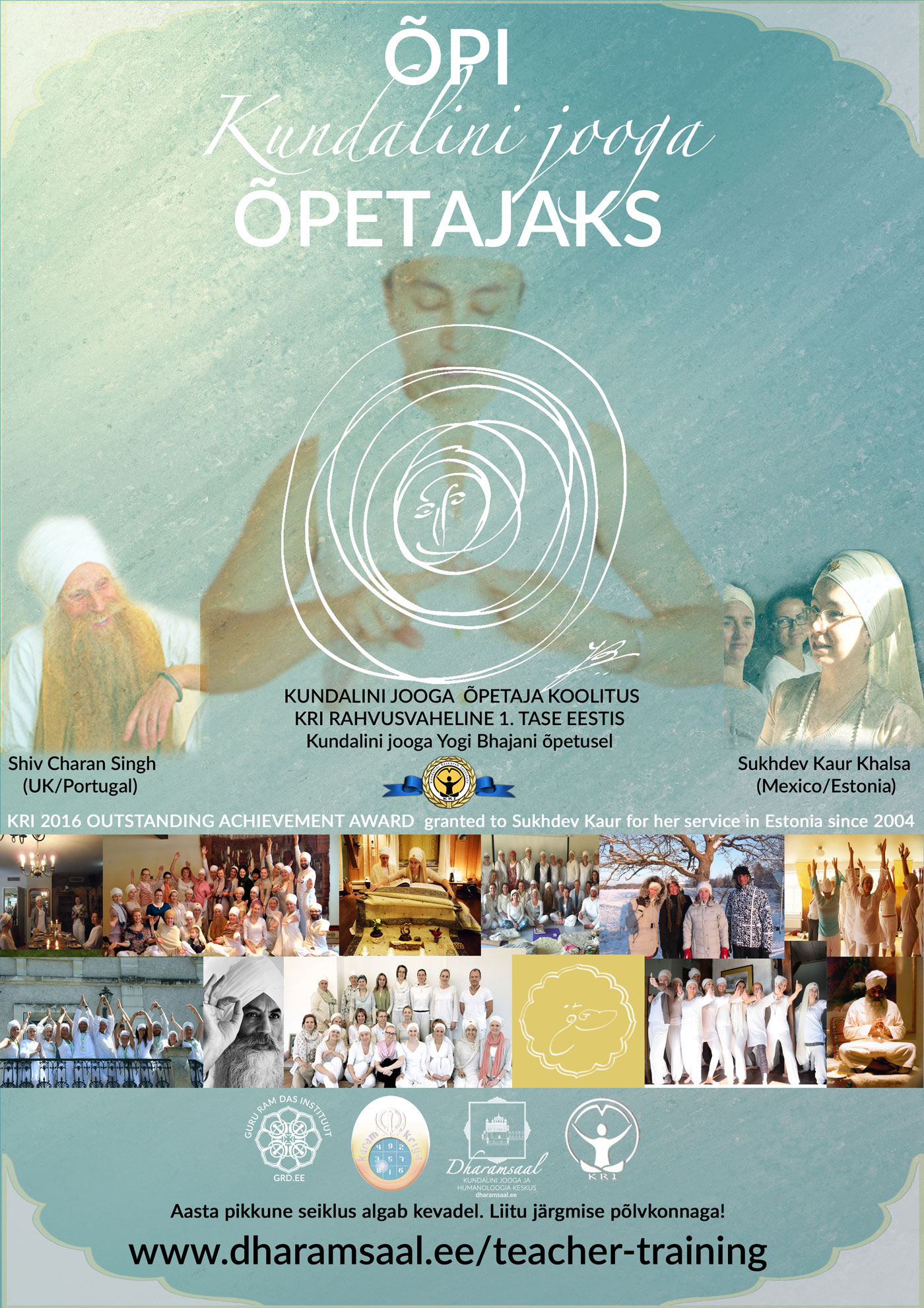